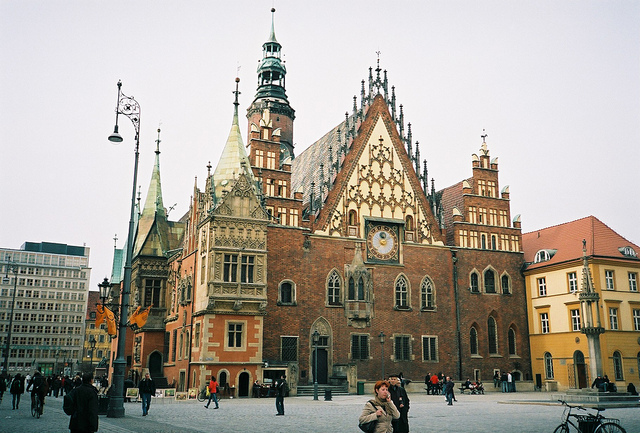 Wroclaw sights are really marvelous. Unique atmosphere of this riverside city makes your sightseeing very charming experience. Amount of monuments and other beautiful places is great, so everyone can find something what will interest him. To see what you can find in the capital of Lower Silesia, read below. 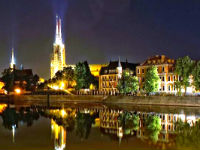 Ostrow Tumski it is the place from which derives the genesis of the city of Wroclaw. Historically speaking is a religious center of the city. It is here in 9th century has been erected the very first castle of Wroclaw, which in a year 1000 became bishopric. Ostrow Tumski at the beginning was an island, until 1824 when one of Oder’s tributaries was filled up, hence it has been incorporated into the mainland. 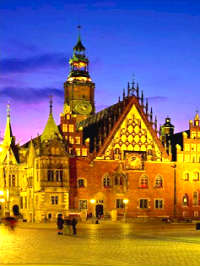 At first the edifice was erected in 13th century as the Merchant House. It was used primarily commercial purposes, and was supervised by the Mayor. For this reason, it had a separate chamber and as a result the building was also the seat of authorities, additionally emphasized by the tower. The edifice was expanded over the centuries. Inside the town hall there is a Municipal Museum of Wroclaw. The most interesting is how the town hall looks from the outside. This is probably the most beautiful monument of Gothic art in Poland. 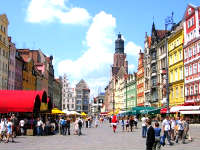 Created in 1242 Wroclaw Main Square at the very dawn of its existence served as a market square with dimensions of 212 x 175 meters. Mainly there were traded bread, fat, fabric, metal products. There were also many service points such as tailors and shoemakers. Initially business activities were carried out in wooden shacks. Brick buildings appeared just at the end of 13th century. At the main square and its vicinity there is a great number of the most precious monuments in Wroclaw.