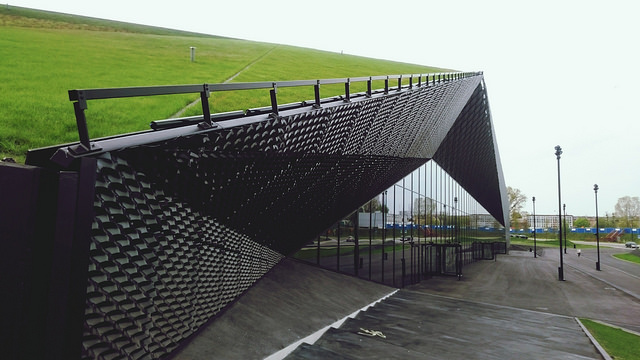 Short history of Katowice didn’t leave here many interesting sights. City is especially one of its kind relict of socialism. There are some corners, which kept the atmosphere of the time, when name of the city was changed to Stalinogrod. Those who consider themselves as a truly explorers will be surely able to find few curiosities in Katowice and they will remember visit here for some longer. 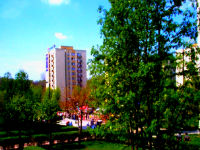 The district located between the forests in the south-east part of the city, away from the center of about 7 km. The majority of the buildings are made of big slab(the cheapest, dangerous-one of the ingredients is asbestos, building material during the communistic era), built in the years 1960-1990. These edifices can be found next to the historic houses, mostly one-and two floors, which were erected for miners in 1903. The district was designed in the beginning of twenty century as a rural settlement for workers with a large number of trees and green terrains. 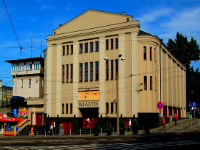 Cinema theatre Rialto was built in 1912. The facility was opened on 7th November 1912. The building housed the projection room of 800 seats, with the podium for 20-members orchestra, on the first floor there were smoking room, wine bar and a pub. In the fifties the cinema theatre underwent a complete renovation. In April 1959 the opening of the facility was honoured by the first Polish western “Texas Rancho”. Since 2004, the building was remodeled once again and the renovation was finally completed at the end of 2005. From October 2006, the Rialto Cinemas belongs to one of the Cinema’s chain. 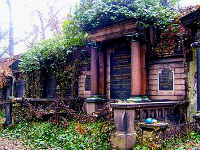 Jewish Cemetery in Katowice was founded in 1868. The area was enlarged in 1927. During World War II the cemetery was devastated by the Germans. After the war, a further enlargement of the cemetery area took place. On the surface of 1.1 hectares there are approximately 1,400 graves. At the cemetery there is a monument dedicated to victims of holocaust. The cemetery is the resting place of rich and important Jewish families.