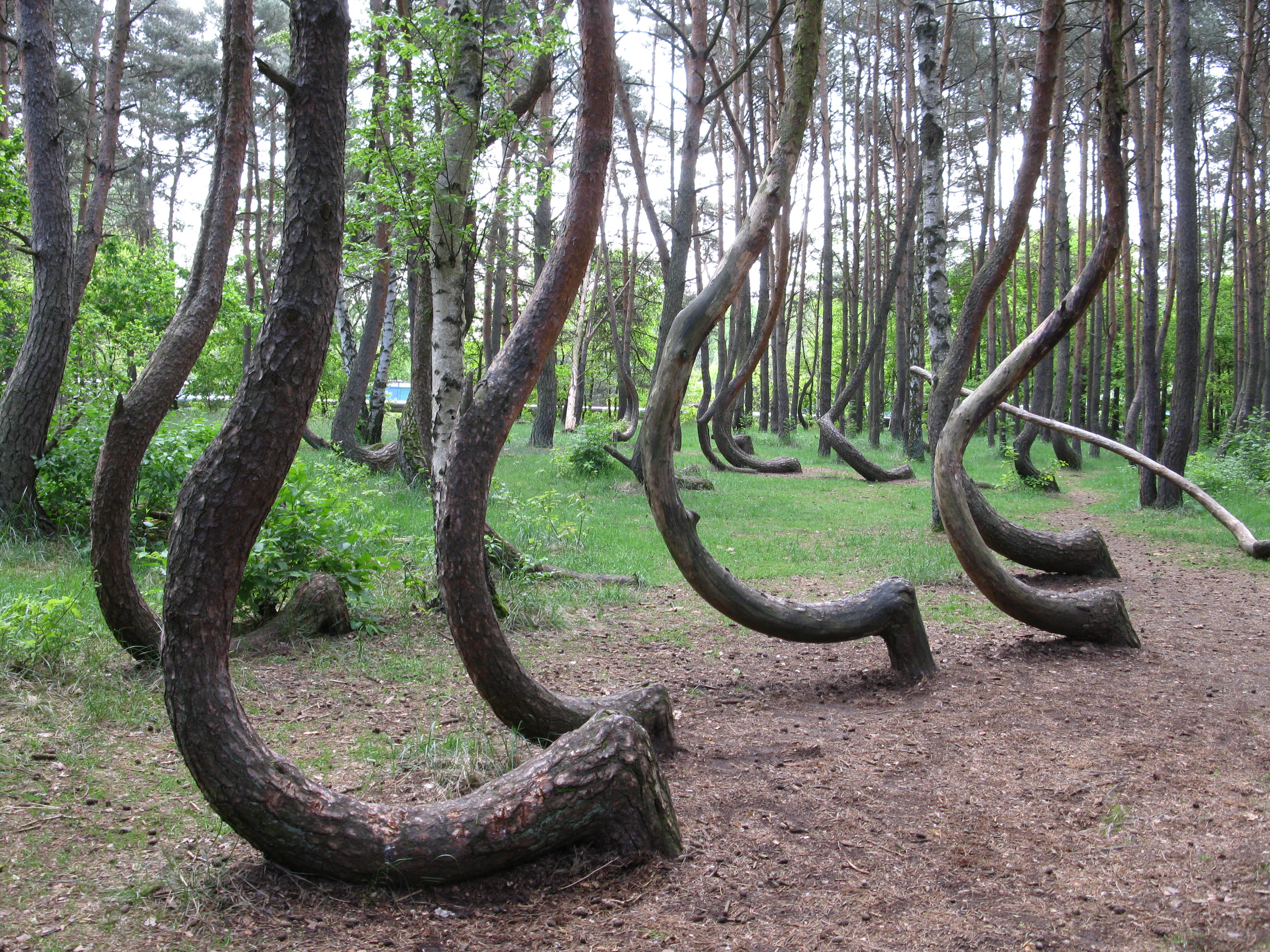 For  over half a century, why Crooked Forest, or Krzywy Las (kshih-vih lass) looks like J’s has stumped scientists all over the world. (Just as its  its pronunciation has befuddled non-Polish speakers for centuries). Regularly growing pine tress, surround this patch of 400 trees and cover roughly three-quarters of an acre. 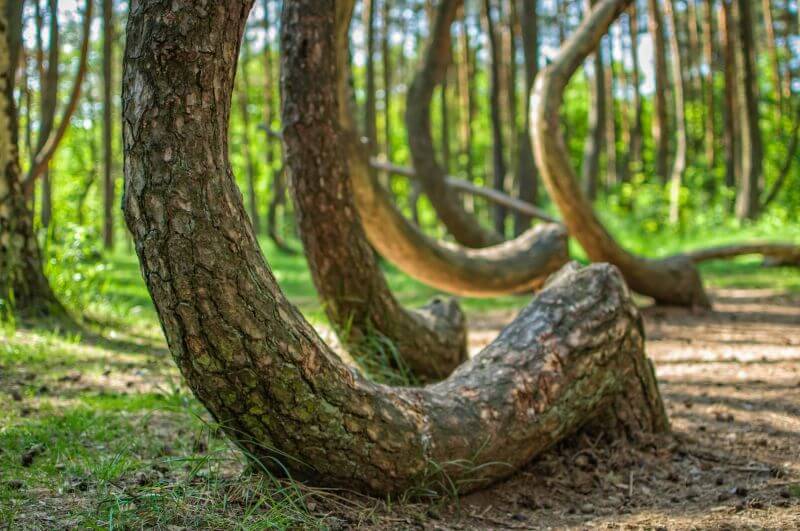 The Crooked Forest is located in northern town of Gryfino, Poland, about 50 km from the sea. Its name comes from the strange J or ¿ shape the pine tress have. The trees have 30cm of an expected pine ttrunk before a sharp 90-degree bend pointing north.  The pines then resume normal growth. 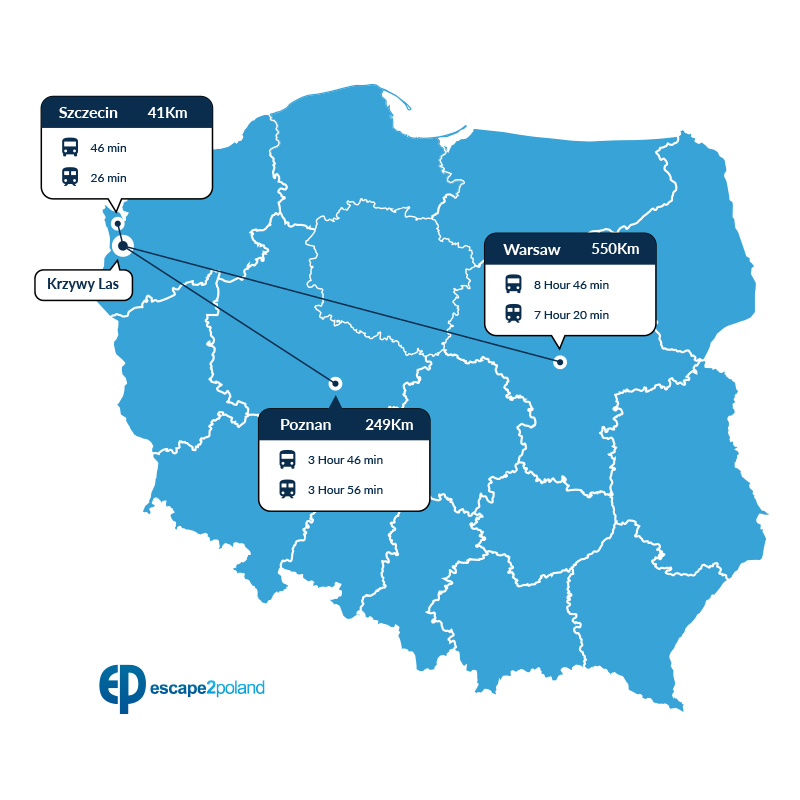 Scientists agree that the trees are now in their 80s, the cause of the curve occurred less than a decade after planting, but they have not concluded what caused the peculiar shape of the trees.

Below are four main theories for the 90-degree bend:

Nazis did attack, attacked hard, and destroyed almost everything. The local townspeople preoccupied themselves with rebuilding their community, which I find a completely acceptable excuse for not noticing this phenomenon.

One of the above reasons, one gets more scientific votes than the others. Chances are you will remember the reason you like the most. I will let you fall into the abyss of the internet while you search for an answer.