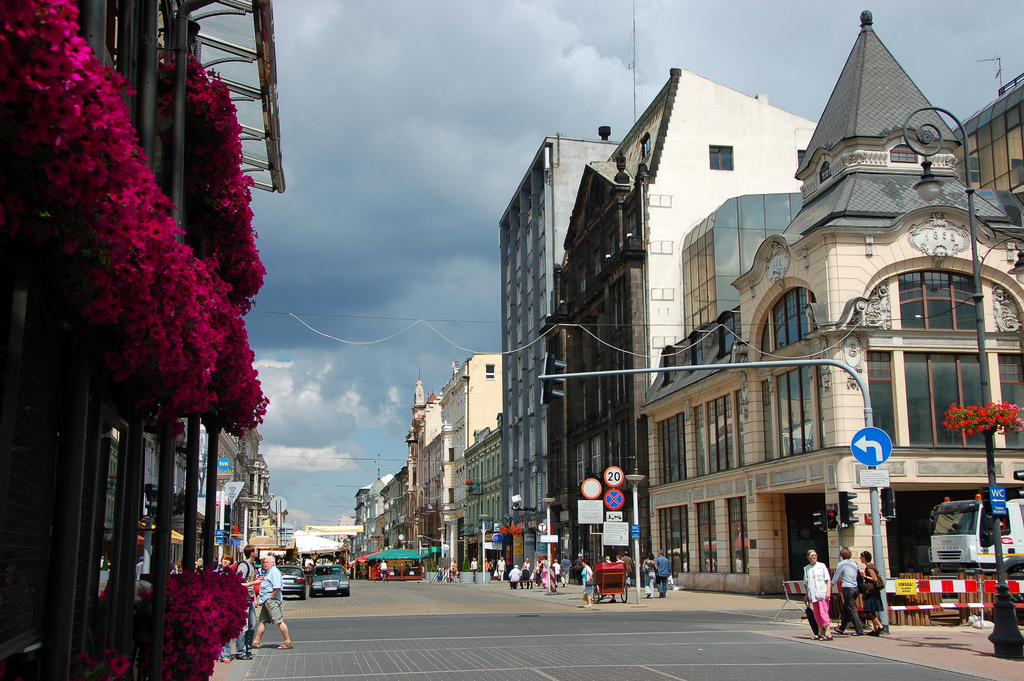 Industrial revolution in 19th century and its interesting architecture style left behind the most interesting sights of Lodz. Manufactures, factories and palaces of industry tycoons are completely different kind of monuments than we can find in other Polish cities. Some say that they are ugly, others see the beauty in their uniqueness. To create your own point of view you simply have to visit Lodz and see it on your own. 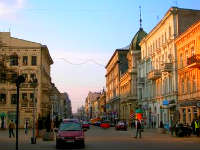 Just 150 years ago, it was only a road through the wilderness. Nowadays this is one of the most famous streets in Poland and main symbol of Lodz. It has 4,2 km length and it’s cultural and entertainment center of the city, surrounded by plenty of cafes, pubs, clubs but also most interesting architecture monuments.

The most unique sight of Piotrkowska street is a Gallery of Great Lodz Inhabitants. Along the street we can encounter on real size statues of famous people connected with Lodz. Photos with poet Julian Tuwin or noble prize winner, writer Wladyslaw Reymont are always the best souvenirs from Lodz. 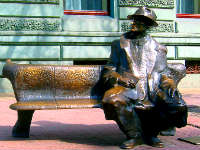 Because of the National Film School Lodz is known as the cradle of Polish cinema. On Piotrkowska street we may find an alley of stars, of course smaller, but quite similar to the one in Hollywood. Famous Polish actors and directors has their stars there. If you’re keen in Polish cinematography this is the curiosity that you can’t miss.

Almost all important sights of Lodz are in the area of Piotrkowska. Below you can find the most attractive of them.

One of the most unique architecture monuments in Poland. It was built in 1835 as the first mechanical mill in kingdom. It was also the factory with the most modern equipment which included first steam engine.

The most important thing about this building it’s an architecture. From the outside it isn’t looks like the factory. Beautiful, classical white front elevation brings to mind a palace or manor, not a mill.

Nowadays White Factory is a seat of Central Museum of Textiles where you can admire interesting exhibits connected with the 19th century industry. 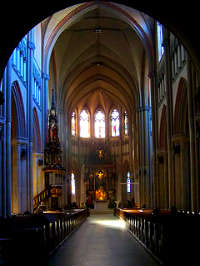 Famous cathedral is placed in Piotrkowska street. It was built in years 1901 – 1912. This is the highest building in Lodz and also one of the highest churches in Poland. In has very characteristic, strict, monumental interior. It’s also known of the large organ which make amazing impression.

Plac Wolnosci (Freedom Plaza) is one of the most famous places in Lodz. It was built in 1823 as the main market square of the city. It’s surrounded by magnificent monuments for example impressive historical City Hall which is the seat of National Archives nowadays. 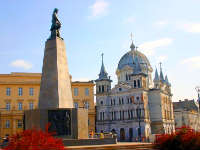 When Poland got independence back after partitions, the name of plaza was changed for Freedom Plaza. Monument of Taduesz Kosciusko was erected in the center of it to express the patriotism of Lodz inhabitants. During World War II Nazis destroyed the monument, but it was rebuilt in the same shape when war has ended.

Nowadays Freedom Plaza is next to Piotrkowska street the most representative place in the city. You can’t miss it while you’re in Lodz.