Poznan Airport is located in Lawica, situated 7 km from the city centre of Poznan.

Poznan-Lawica Airport was established by Prussian invaders in 1913 and it has been a Polish airport since 1919. It is one of the oldest airports in Poland.

The airport, from its beginning, is split into two sections: northern, used for military flights, and southern that services passengers flights. Poznan-Lawica Airport caters not only for international, domestic and cargo flights but also general aviation. In 2001 new terminal was built.

How to get to the airport 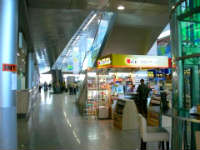 Poznan Airport is linked with city centre by City Public Transport Company (MPK). You can also get to the airport by car or taxi. The list of the buses: