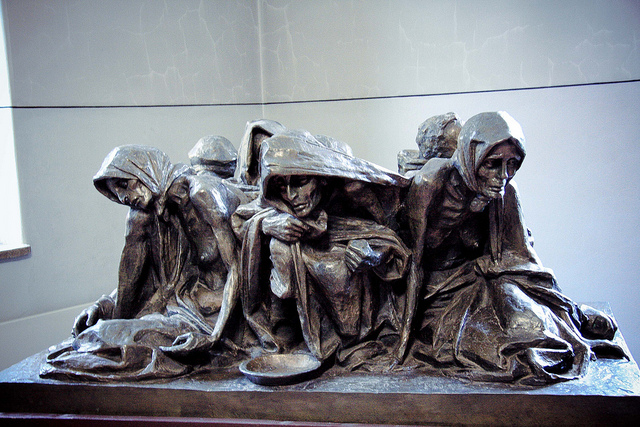 The Only Way to Freedom…

“The only way to freedom is through the chimney” – it was the most popular Nazi slogan next to “Arbeit Macht Frei” (“Work Brings Freedom”). German soldiers wanted to break the will of prisoners by showing them that there was no chance to survive the camps. Unfortunately, they were largely right…

The number of Auschwitz victims seems unthinkable! During the trial of Rudolf Hoess it was revealed that at least 1.1 million people died in Auschwitz. Another war criminal responsible for the extermination – Adolf Eichmann – stated that it was about 1/4 million. The last, almost unbelievable theory, states that as many as 4 million prisoners were slaughtered. One thing is sure, the scope of this tragedy was simply enormous!

Can with Cyclon B

Auschwitz II Birkenau was a well prepared death factory. Gas chambers and crematories could kill and remove the corpses of up to 4.5 thousand people a day. The sky over the chimneys were almost always gray from the continual smoke. This explains the ironic slogan “the only way to freedom is through the chimney”.

When the Soviet Army marched into Poland in 1945, Nazis tried to hide the scope of their crime. Both camps of Auschwitz were destroyed and almost all documentation was burned. However, their attempts didn’t prevent the world from knowing the truth. Nowadays Auschwitz I is almost completely renovated. In Birkenau there’s only the rail ramp, the main gate and a few barracks and chimneys – silent witnesses of the most inhuman and brutal crime the world has ever seen.