Escape from Auschwitz was possible

The 6th of July, 1940 is a very important day in the Auschwitz Extermination Camp’s history. 70 years ago a Polish prisoner – Tadeusz Wiejowski made the first escape from Auschwitz. Unfortunately his luck meant a tragedy for the other prisoner Dawid Wongczewski, who died during the 20 hours of his penal appeal. It was the first fatality of Nazi cruelty in the camp. However, despite the prisoner’s death that day had a great meaning for many people imprisoned by the Germans. Wiejowski showed them that escape from Auschwitz was possible! 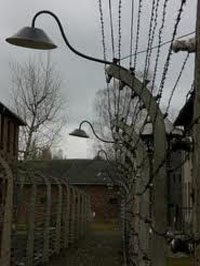 Auschwitz Concentration Camp was very well-guarded, surrounded with electric fence and barbed wire. So how did Wiejowski do it? He wouldn’t have made it without help and sacrifice of his fellow-countryman. Five Polish electricians who worked for the German company near the camp gave him their clothes and helped him to get out. They also provided him with food and money. They had all been captured and were incarcerated in the camp. Only one of them survived the World War II. However, their sacrifice wasn’t in vain. The Escape of Tadeusz Wiejowski was only the beginning.