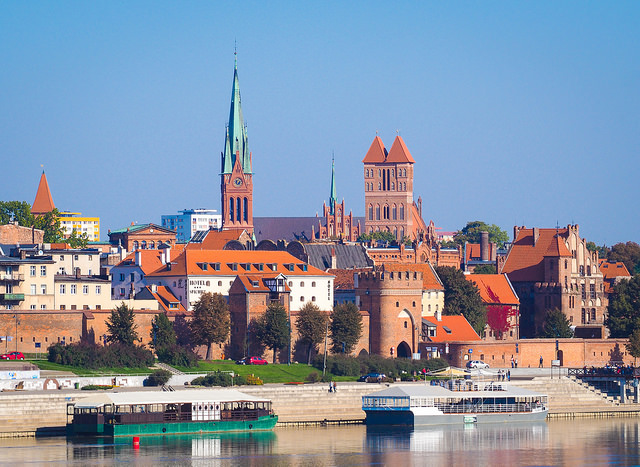 Torun is one of the most beautiful cities of Poland. Picturesquely located on the both banks of the Vistula River, at a site of intersection of ancient trade routes, it has been propagating its traditional economy and openness to the world for nearly 800 years. The gothic buildings of Toruń’s Old Town, which won the designation of World Heritage Site from UNESCO in 1997, present proof of Toruń’s centuries-old economic, cultural and intellectual ties with the leading cities of Europe associated in the Hanseatic League.

Torun – as all cities with rich history – has its own magical places.

Tourists and citizens of Toruń point at a lane near The Leaning Tower, arches between apartment houses in Ciasna street, spacious Philadelphia Boulevard, whole area of the Old Town Market, constantly crowded Szeroka street and the Dream Valley hugging the Old Town. Parts of Torun’s climate are also traditional meetings near the Rafter’s Monument, playing his fiddles for the frogs and Nicolaus Copernicus – who “stopped the Sun and moved the Earth”.

When sightseeing in the home city of the great astronomer, hundreds of thousands of spectators find it a natural thing to attend a spectacle in Planetarium.