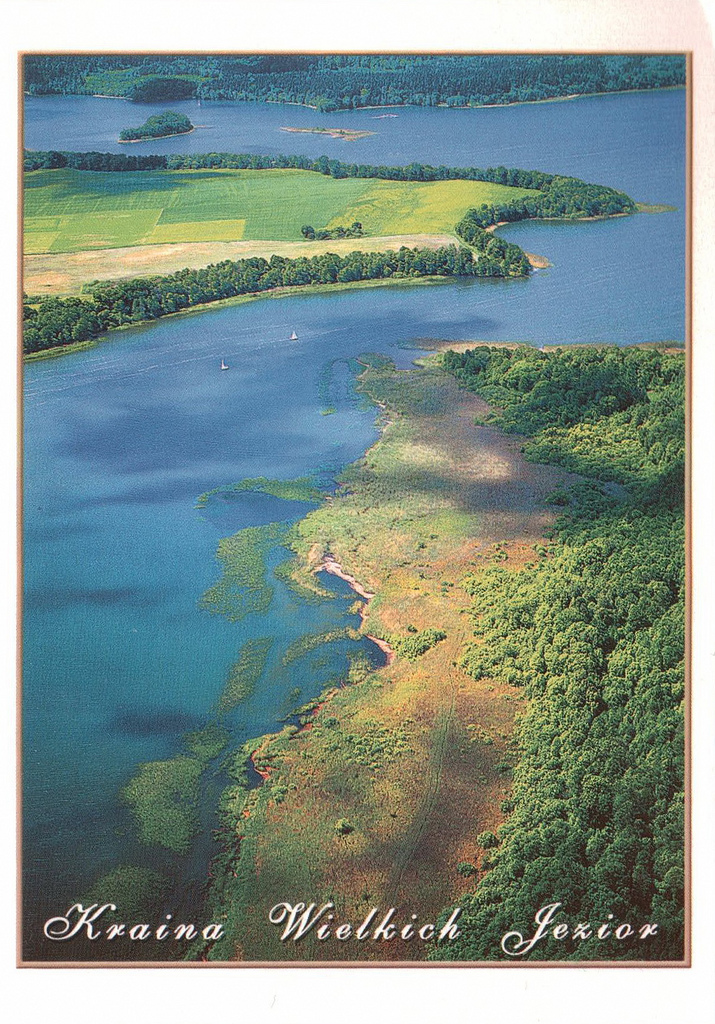 The Masurian Lakeland (or The Masurian Lake District) is a lake districts in northeastern Poland within the geographical region of Masuria. It contains more than 2,000 lakes and is elected as one of the 28 finalists of the New 7 Wonders of Nature. The Lakeland extends roughly 290 km (180 mi) eastwards from the lower Vistula to the Poland–Russia border, and occupies an area of roughly 52,000 square kilometres (20,000 sq mi). Administratively, the Lake District lies within the Warmian-Masurian Voivodeship. Small parts of the district lie within the Masovian and Podlaskie Voivodeships.

The lake district was shaped by the Pleistocene ice age. Many of its hills are parts of moraines and many of its lakes are moraine-dammed lakes. From 13th century on, the Lakeland was successively part of themonastic state of the Teutonic Knights, the Duchy of Prussia, and the Prussian province of East Prussia. In modern times, while part of the German Empire, it was the location of the First Battle of the Masurian Lakes(1914) and the Second Battle of the Masurian Lakes (1915) during World War I. At the end of World War II (1945), following the decision taken at the Potsdam Agreement, all national borders were redrawn and the area ceded to Poland.

How to get there

The Masurian Lakeland can be reached by train, bus, or car. The nearby international airports are in Warsaw, Gdańsk, and Vilnius. The main transport hub in the region is the town of Ełk. There are trains to Masuria from Warsaw, Gdańsk and Vilnius, and buses from many Polish cities. A boat service connects some central towns in the region. Biking and boating are popular ways to get around. Hotels can be found in close proximity to the Great Masurian Lakes, in towns of Giżycko, Mikołajki and Ełk among others. There are also guesthouses and campsites in surrounding villages. Masuren Waterway starts in Angerburg in the North and finish in Johannisburg. This Waterway ist new for pleasure boats. Only boats with a low waterdraft can go far as Johhisburg on the Pisa. 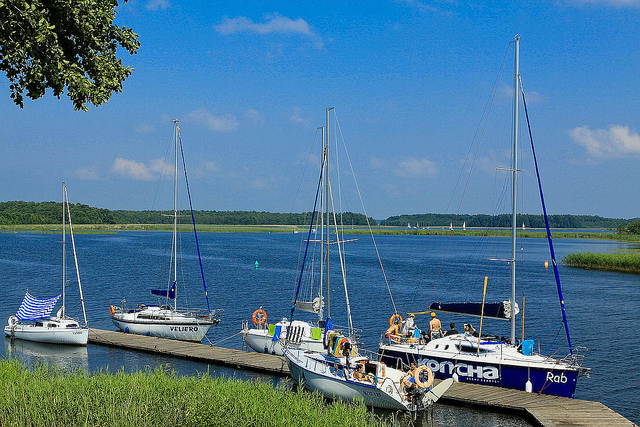 Masuria is famous for its lakes and forests, offering a wide range of outdoor activities from sailing to kayaking and swimming. The region includes the largest lake in Poland called Śniardwy. The resort towns include the most popular Giżycko and Mikołajki, Węgorzewo, Ryn, Pisz and Iława. Giżycko is located on the shore of Lake Niegocin. It has an ancient fortress, historic church, bridges, and passenger boats to the towns of Węgorzewo, Mikołajki and Ruciane-Nida. The town of Mikołajki is a popular tourism center. In addition to lakes, the Masurian region also has many rivers used for fly fishing, and forest areas that offer many trails for trekking and biking. The Masurian Lakeland is known for a variety of wildlife, edible berries and mushrooms, and large protected areas, including the Masurian Landscape Park that includes 11 nature reserves such as the Łuknajno Lake that is a UNESCO Biosphere Reserve, or the Białowieża Forest with a breeding station for European Bisons.

There are four separate boating trails set up along connecting lakes: from Giżycko to Węgorzewo and Ruciane-Nida, and from Mikołajki to Pisz and Ryn. There are also two kayaking trails along rivers, the most popular being the Krutynia River Trail. On top of that, there are several color marked walking trails with numerous points of interest for qualified tourism. They include: