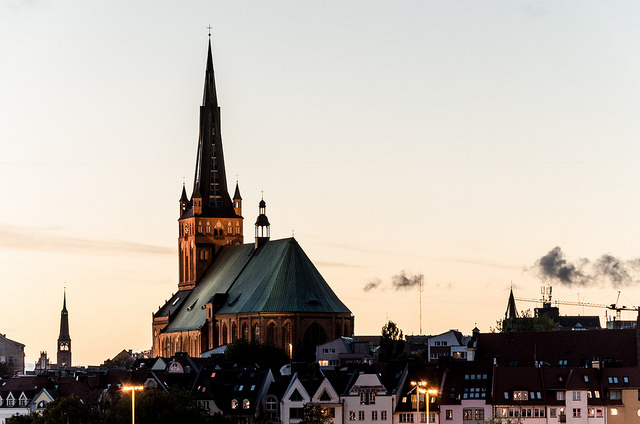 Szczecin belongs to the most wonderful Polish cities especially thanks to magnificent architecture. Almost every corner of the city is full of historical objects which delight with their beauty. However there are a few places which are simply musts. We would like to present those which you can’t miss during your stay in Szczecin. 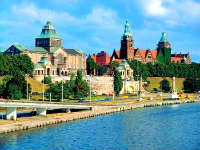 Waly Chrobrego is an amazing complex of viewing terraces on the riverside of Oder. It’s probably most famous place in Szczecin. It was built in 1905. Near the entrance, there is a monument of Hercules who is fighting witch Centaur and the beautiful fountain. Near the terraces there are many important buildings like city hall, Maritime University, Sea Museum and Modern Theater. 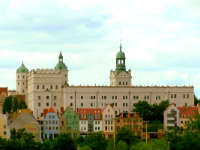 During the World War II the castle has been almost completely destroyed. After war, when Szczecin came back to Polish hands it was rebuilt and nowadays it’s one of the most important sightsin the city. In the castle there are such institutions like opera, cinema and theater, few restaurants, cafes and galleries. There are many concerts and other cultural events on the courtyard. 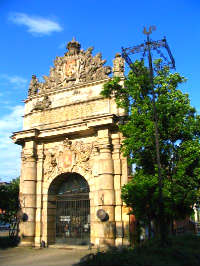 Harbour Gate is a remaining of Prussian fortifications from 18th century. It was built in 1727. Next to Royal Gate it’s a last remaining of fortifications which surrounded the city in the past. Walls of the gate are covered with subtle bas-reliefs. Nowadays inside the gate there’s a shop with artistic equipment – „Cepelia”.

Sea Museum is a colloquial name of National Museum in Szczecin. Museum contains exhibitions about navy, European cultures, ethnology and numismatics. It was officially opened in 1913. Museum is placed on Waly Chrobrego. At the first floor of museum there is a seat of Modern Theater.