Autumn – What to do in Poland

Autumn is a perfect time to visit Poland if you want to see the wide selection of the country’s attractions. It is the time when in the citires the cultural season is beginning, and the pressure on the hotel rooms is rising. In the countryside, the golden Polish October is very memorable. It’s rich colours of the trees heightened by peferctly crisp sunshine – often warm enough to allow you wearing t-shirts only. You can see the example and the most charming places during the golden Polish October here.

As we wrote before in October the cultural season si beginning that’s why we want to showe you when and where you can find most of the worth seeing attractions.

It one of the biggest Wroclaw outdoor events of medieval character.

During the event one can find the bateleurs’ tent Knights’ of Opole Camp, with knights’ fights, old dances shows and stories about everyday live in Middle Ages, plebeian games and the tournaments for the audience You cannot miss the medieval market with artcraft shows, weaver, herbs as well as pot making presentation and many other attractions.

Lodz Design Festival is currently the most important event related to the design in Central and Eastern Europe. Festival is well known for its variety – from industrial design through art craft design, graphic design, architecture, design services, up to fashion.

Lodz Design Festival is an idea, people, action. It was created in 2007, taking in its beginnings fromachievements of Polish design. The focal point of the festival is always the main thematic program, consisting of exhibitions, curatorial, and its rich repertoire of accompanying events. Thanks to close dialogue with customers, festival program has been enriched with new elements, until it reached the current shape withexhibitions like: “Make me!”– Competition for novice designers; “Must have” – the best Polish emerging projectimplementation; lectures and presentations form a source of inspiration and “Edukreacja” – educational areafor children.

The most important event in Poland dedicated to literature, a joint project organised by the City of Cracow, the Cracow Festival Office and the Tygodnik Powszechny Foundation.

For almost a week, Cracow is the host to some of the most eminent figures of world literature and literary events are accompanied by screenings of films related to literature, exhibitions, concerts and lectures, constituting additional, non-literary contexts for the presented authors and literary works. Among invited writers there are winners of prestigious awards and authors of international bestsellers – high literature meets popular works here, journalism, film, theatre and music. During the previous two editions of the Festival, readers had the opportunity to meet authors such as: Pascal Quignard, Etgar Keret, Marjane Satrapi, Per Olov Enquist, Claude Lanzmann, Herta Müller, Amos Oz, Jean Hatzfeld and László Krasznahorkai, as well as a select group of Polish writers and reporters, including Wojciech Jagielski, Maciej Zaremba and Mariusz Szczygieł. After just the first edition of the Festival, it has become a recognisable brand and symbol of a big international literature event. It is reported on by the most important Polish and European media. The Festival is recommended by newspapers and magazines such as the British Guardian and the Swiss Le Courrier. The opinion-forming Polityka weekly listed it in the prestigious group of 10 cultural events in Poland considered to be World League, and the lifestyleMalemen magazine simply called it “the literary salon of the year”.

Where: Multiple Places in Krakow

During both fair days visitors will have a chance to taste different kind of high quality products, take part to seminar and conferences, and discover how improve their knowledge about wine and oils

Get a chance to meet with the top-class producers from all around the world, local dealers and distributors and representatives of the accessories industries. 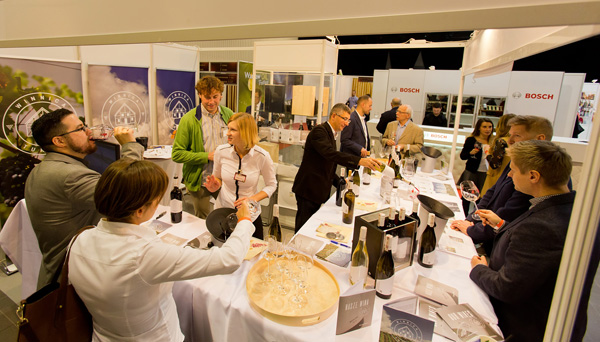 If you ever think about accommodations in any of these cities just ask Escape2Poland. We love to help tourists with arranging tours, transportation and accommoadations in our country, try us out!